There was much driving. We might have made it to Los Angeles had we driven straight through all day but instead, there was slow driving, driving by children, driving on gravel roads, driving on dirt roads, roads called 260, on roads called 87, roads through places called Pine and Strawberry. There was driving to lakes and walks to the water and fishing poles cast into the water. There were no fish but there were Triscuits and aged gouda and smoked almonds.

1. Max is a good driver but not as good a driver as Zoe. When Max drives, Erik still holds the wheel. When Zoe drives, Erik has the pedals but Zoe steers us up and down dirt and gravel and relatively untraveled roads. The photo is blurry because the road is bumpy. 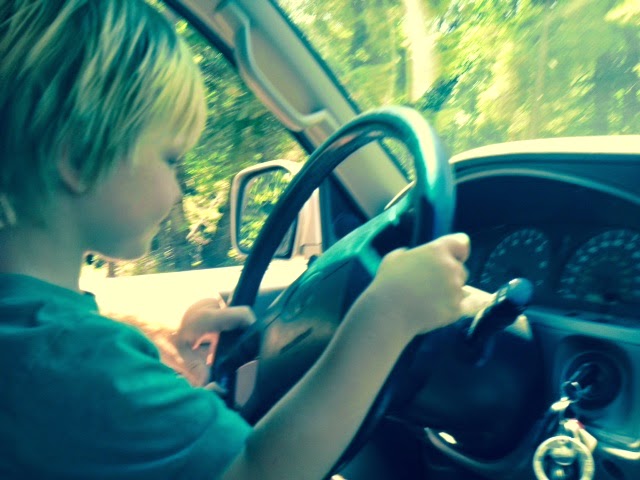 2. The Mogollon Rim  is the end of the Colorado Plateau. From the top of the rim, you can see down to the other side of Arizona. It's like a green version of the Grand Canyon and we drove along the rim road so all you could see is the rest of the world. 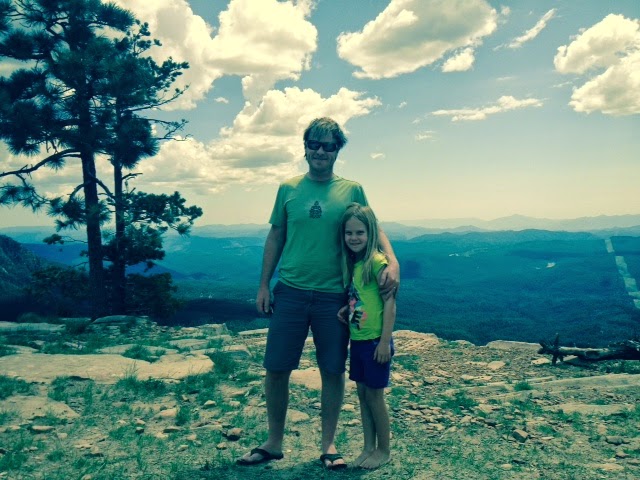 3. At the lake, we could see the fish jump. The ospreys flew overhead. The aged gouda was just as delicious as the Triscuits. Zoe ate all the Rainier cherries as usual. 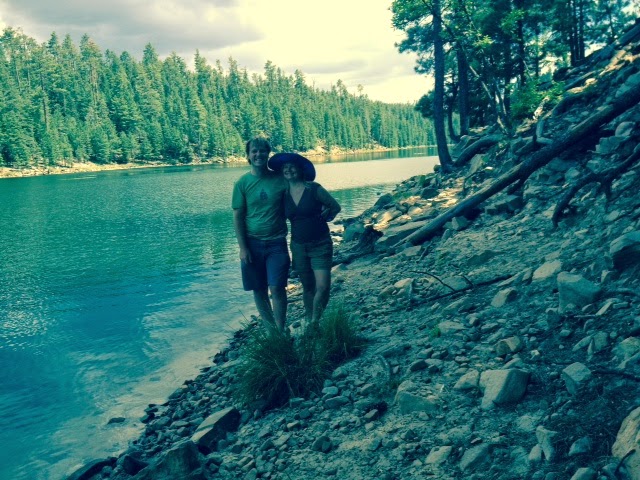 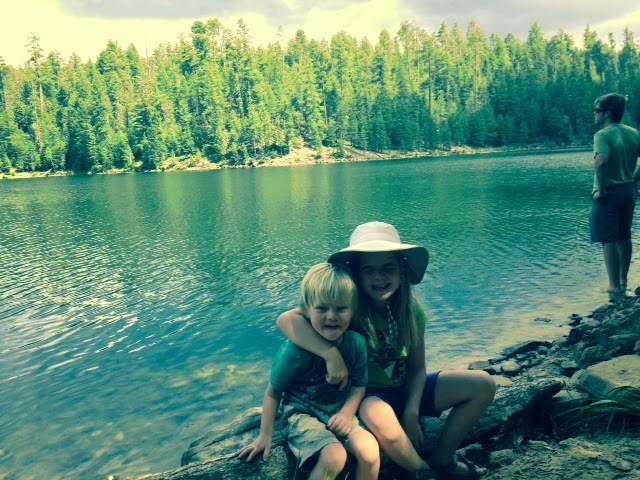 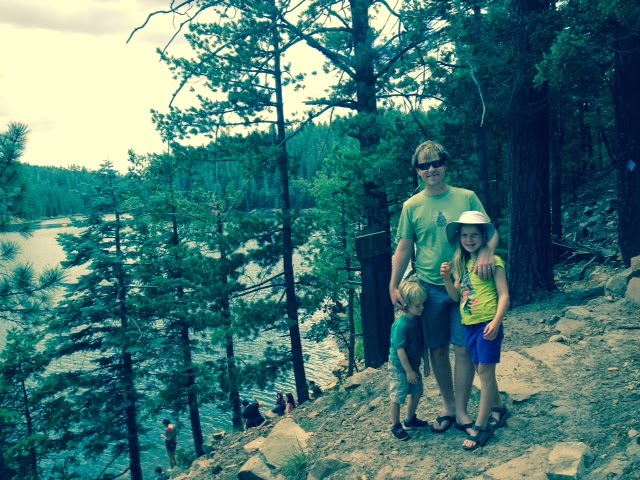 It rained after we left Knolls Lake and Bear Canyon Lake,  but never when we were at the lake. There was big lightning. Now we are home.
Posted by Nik at 7:21 PM