In an attempt to forgo Wendy's (why does anyone go on a road trip if not to eat fast-food?), I spent today for fast-food distracting snacks. I wanted to buy a whole pound of beef jerky but am trying not to eat too much CAFO meat or too much salt. So I bought proscuitto.
I am not entirely sure these are different things.

We made Pho for dinner. Even Max ate it like a mad dog. BUT in this recipe, which I haven't used for awhile because I usually make it from memory, I neglected the mung bean sprouts. I had daikon radishes from the CSA I used instead--which worked just fine--but in case you want to remember next time, here's the recipe, fixed.

Freeze the sirloin for a about an hour so you can slice it thinly.
Soften the noodles in a bowl with hot water.

Combine stock, water fish sauce and spices in a large pot. Simmer broth for one hour (this should reduce the stock enough that you don't need more salt but if you do, add some.)

Slice sirloin as thinly as possible and pop it in the hot broth. Garnish with limes, basil, sriracha, onion and jalapeno. And hoisin if you must.
Posted by Nik at 6:17 PM 2 comments:

I've posted only five or six times in the past five months. The normal reasons: too busy, nothing much too say, one nasty-ish comment that made me gun-shy, busy, Facebook. I have also been trying to write new stuff at least occasionally to send out so whatever time I do take to write, I do it in Word instead of Blogger. But now that the semester is mostly over, and the Christmas shopping is mostly done, and the 2-foot tall blue Christmas tree has been plugged in, and Max is asleep and Zoe is at her grandma's making gingerbread cookies and Erik is watching another Clint Eastwood Western, it seems like a good time for a wrap up.

This was the first year that Erik had a regular 9-5 job. He's worked a lot since we've been here, but it's been a more varied kind of work schedule. But in some ways, the consistent, and constant, work has been more relaxing. Instead of trying to get childcare here and there when both of us had to work, we've had very consistent work schedules which has made life more routine than it's been since I left Portland for grad school. I went to grad school so I didn't have to be to work by 8:30. Now, I'm at work by 8:15, most days and up by 6:40 every day.

Mondays, I was home with Max, working and playing and mostly managing to be prepared for Tuesdays marathon advising center-teaching-teaching day. Wednesday, since Max went to day care anyway, I was in by 8:15 again. Wednesdays were supposed to be my writing days but my office is next door to my students' office so when I'm in, everyone knows. These became long advising days, which was awesome in a lot of ways, but not in the I-need-to-write-something ways. Also, when you're on campus and in the hallway, everything's a mini-meeting. I administrated on Wednesdays. Thursdays were identical to Tuesdays and Fridays, which should have been writing days were really Zoe-has-short-days days and so now I have the kids at home and we might as well go bike riding.

So, I was at school more than I've ever been. I got a lot of stuff done school related. We will probably get to turn our MA into an MFA, thanks to my constant meeting and emailing. I think I organized 17 hours of meetings to make this happen. From meeting with my area, my chair, my dean, the VP at Distance Learning, the Vice-provost, the associate dean of the grad college and the dean of the grad college, I believe I've learned how to get things done at the University. Talk to everyone until there's a buzz big enough that people already believe that whatever plan you were planning is already in the works. Then spend the next 45 hours filling out paperwork (actually, I filled out the form fast the Wednesday the graduate studies committee and the faculty passed it and I found out to get this to happen by next Fall, I had to have it to the curriculum committee by Friday). I kind of like this stuff and I'm afraid for liking. Do I like administrative stuff really or do I just like it because it's immediately gratifying, compared to the long slog that is writing submission and rejection?

I worked more consistently this semester and therefore, was less stressed out. This is probably how I'm supposed to do it. But I did miss regular writing and regular exercise. The good part about my old life is that I was "running" every day. Now, I'm lucky to go on Mondays and  Fridays. The good part about my new life is that Zoe learned to ride her bike without training wheels in July and by September, she was riding in the woods behind the house. The days that may once have been writing days became riding days and that was not so bad.

I did make some progress on the new book project but only because I'm writing shorter things. I was able too to trim a 40 page essay to a 22 page essay and that got accepted so not zero writing work was accomplished  this semester. I wrote a few poems that I should send out but compared to the last couple of years, the writing has taken a backseat. This is sad in someways but also, not so sad. There's a lot of writing already in the world and my friends are writing awesome things and my students are writing awesome things and maybe next semester, I'll sneak into my office at school through the window so no one knows I'm there. Or get a carrel at the library. Or go back to writing at Late for the Train, which has coffee and a nice, albeit fake, woodstove. 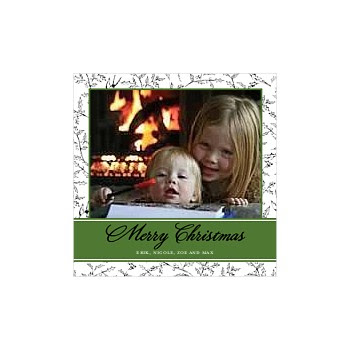