Scroll down. I have many posts. I'm trying to make amends for my lame-ass blogging.
Posted by Nik at 1:35 PM 1 comment: 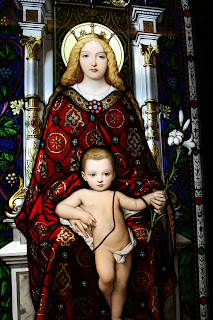 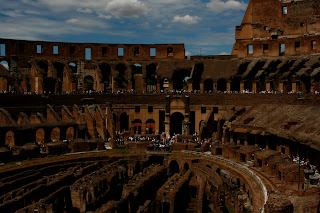 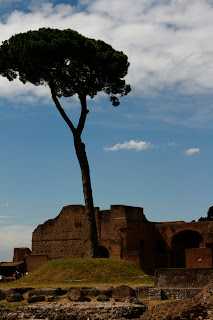 And then we spent 3 days in Rome. These were good days except maybe the last one when we were so exhausted and we went to the Vatican and so the entire populous of the earth on one piazza and had two horrible meals. We were pretty beat by then but Z is the biggest trooper in the world--walking all over the Palladium and the Vatican Museums and all around the town. I can't believe she did all she did.


P.S. Each of these pictures, but the one of himself, was taken by Erik.
Posted by Nik at 11:34 AM No comments:

The last week in Puglia 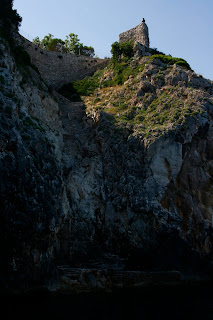 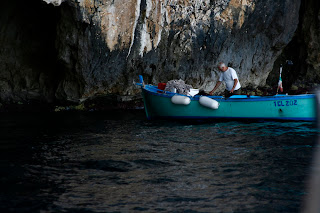 The last week was a little rough. I missed my mom and was getting a little tired of speaking Italian badly and eating pizza.
But we still managed to hit the beach again, as well as return to Otranto since the Cathedral had been closed on our first visit (note--siesta from 13:00 to 19:00 sometimes includes tourist sites). We drove to grottoes (sea caves) and decided Castro was the most beautiful town on the coast. 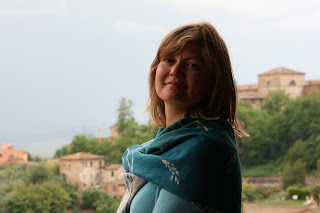 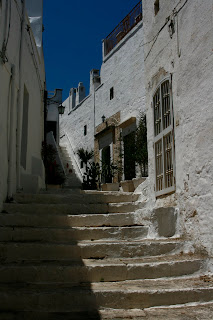 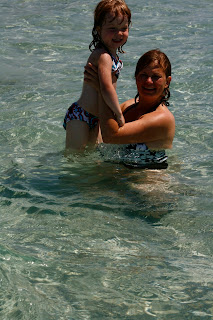 The second week was action packed because my mom was in Lecce for only a week. We had the white city of Ostuni to visit, the Ionian sea to swim in near Gallipoli, Otranto's castle and cathedral to see, plus much swimming to do at the villa. The high point o 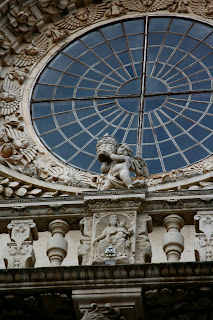 f food might have been the fish I made 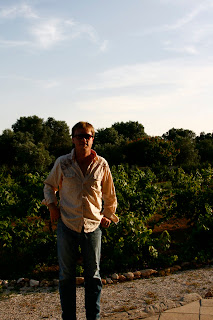 on the grill at the villa although Erik and Bart (mom's boyfriend) both had good pasta with mussels (cozze).


The highpoint of this week, of which Erik took no pictures, was the fruit extravaganza at the La Fontanelle beach near S. Roca Beach. After swimming for awhile, Z was hungry. We asked the bar (having now figured out how to rent an umbrella and beach chairs (pay 20 euro)), if they had fruit cups. They kept saying 2 minutes, 2 minutes. Every 2 minutes, we'd go check. About 40 minutes later, we're standing at the bar and everyone starts to come in from the ocean. A man on a speaker phone is yelling about frutta. There's a line. We're confused. I mean, we like fruit but it doesn't usually achieve celebrity status. People had their cameras out for the huge tray--the size of a kitchen table, that was delivered to the people. And then champagne popped. All fo 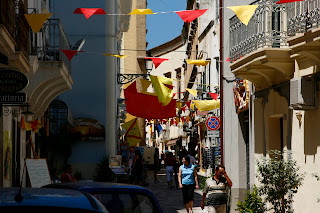 r free. Z ate more fruit than her share but there was plenty--watermelon, kiwi, cherries. Delicioso. From then on, we started ordering Z Frutta da stagione (seasonal fruit) almost as often as we ordered her spaghetti with butter.
Posted by Nik at 10:51 AM No comments: 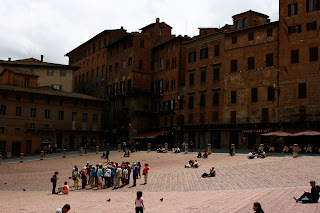 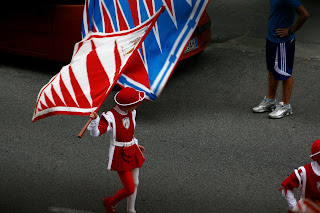 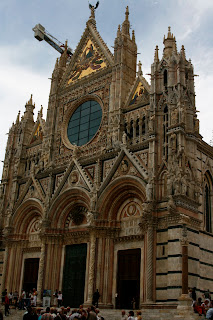 That weekend was our crazy trip back across the country. Erik and I woke up at 4:30 on Saturday morning. Rick drove us to the Lecce train station (after much lost-getting). We caught the 5:07 train to Bari, took a crazy taxi cab (also 30 Euro) to the Bari airport, flew to Pisa and took the train to Siena.
Our hotel, the Pensione Piazza Ravizza, was lovely. Siena is gorgeous. Miriam, she who runs the school with which our school is affiliated, took us to lunch, told us about how Siena and Florence were each in the running for Italian cultural center. Siena lost but thanks to said loss, the city has retained a lot of its medieval character, with a few baroque touches, as seen in the Duomo.
Posted by Nik at 10:36 AM No comments:

The rest of the week 1 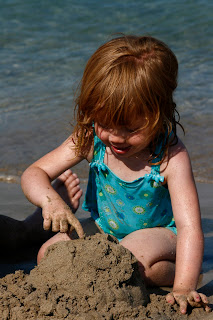 Our thought behind this trip was to go somewhere where we could experience the great food, the culture and still make sure Z would have some fun. Hence the villa with a pool and our close location to two coasts--the heel of the boot divides the Adriatic from the Ionian seas. We went to the Adriatic that first Thursday. We didn't quite get how the whole umbrella/lounge chair thing worked so we just went to lunch and ordered great mussels au gratin, proscuitto with melon, and Z's omnipresent spaghetti with butter. Erik's mom, the veg, ordered seafood pasta which might have been her undoing but she tried a shrimp and some scallops. At least she didn't order the spaghetti ai ricci which, we discovered later, was spag with sea urchins.
Posted by Nik at 10:19 AM No comments:

Back from Italy Lecce 1

It was lovely. In many ways.
This is the positive post. I'll have a "What I wanted from Italy, what I got," more grumpy post tomorrow. But today. Today I will try to detail all of the great adventure that was great.

One negative that will have to come first: My hard drive crashed on the first day. It worked in Rome. I turned on the laptop at the aeroporto and then turned it off when they wanted 9.99 E to access the internet. When we got to the "villa" (quotation marks explained soon), I turned it on and the black screen with white letters read: "No internal drive found. Please press F1. Try to re-seat drive." F1 pressed. Hard drive reseated (using kitchen knife to unscrew small screws). Nothing but black screen from now on.

So. Hard drive free I got to "enjoy" my vacation in the manner that one enjoys rehab.
We flew from Rome to Brindisi, Zoe, Erik and I. We actually met up with Erik's parents in Brindisi, then drove, thanks to in-laws renting a car, toward Lecce, the main city near our villa-compound. We arrived at the compound at 4:00, tired but determined to stay awake until at least 8. Our hosts left us with some snacks upon which we snacked and then we ventured into Merine (Ma--REEN--ay) to the Non Solo Cafe (meaning they never close--unlike everything else between the hours of 13:00 and 19:00). My Italian comes in a tiny bit handy so we can get a table but Erik's stepdad, Rick, does a better job actually ordering us whole pizzas rather than the pizza-sandwiches available at the counter. I order us some house wine (rosso) and we eat what we can and then drive back to finally sleep.
The next day, we go into Lecce. They call this the Florence of 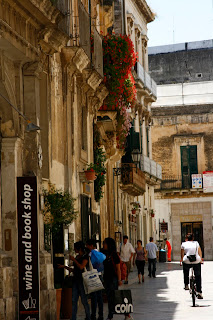 the South. Having never been to Florence, I'll have to take their word for it.
Here's a picture of Lecce. We spent much time here since this book shop was across the street from the Internet Point--which I visited once a week or so. The first food was among the best. We tended to eat big lunches out and dinners at home. At this somewhat British-themed restaurant, we ate Ravioli with walnut sauce, pizza, and antipasti with duck prosciutto, wild boar, and some kind of delicious goose lardo.
Posted by Nik at 9:54 AM No comments: